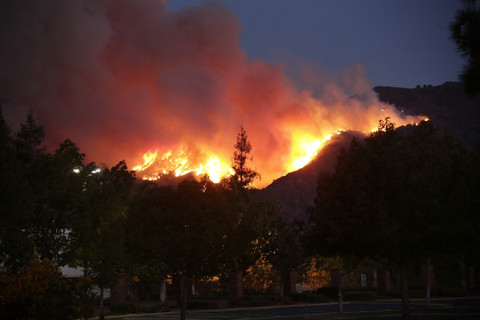 We all saw the terrible fire on the news on last Thursday.

Almost 2,000 residents were evacuated and five homes burned in a wildfire that started early Thursday Jan, 16 when three people tossed paper into a campfire in the dangerously dry and windy of Southern California’s San Gabriel Mountains.

The National Weather Service said a red-flag warning of extreme drought fire danger would remain in effect because of the low humidity and windy weather here in Southern California.

Los Angeles normally gets nearly 15 inches of rain each year. In 2013, just 3.6 inches fell. There has not been a single drop since Jan. 1.

We cannot control a weather and wildfire, but you can still prevent the house fire.

It is a good chance to considering having a home sprinkler system installed.

They will protect your house even when you are away from home.